Maybe Speed Isn’t What We Want

I’m trying to wrap my brain around wavers. I’m not sure why, but I have never considered using one before. Maybe it’s because I’m so used to my straightening iron, and wavers kind of look like someone bent one of my most favorite possessions.

I have naturally curly hair that turns wavy as it gets longer. They aren’t good waves though. In fact, they’re all frizz and they’re why I straighten my hair so often. So, using a tool to create deliberate waves that keeps them that way and helps me avoid frizz might be very nice. 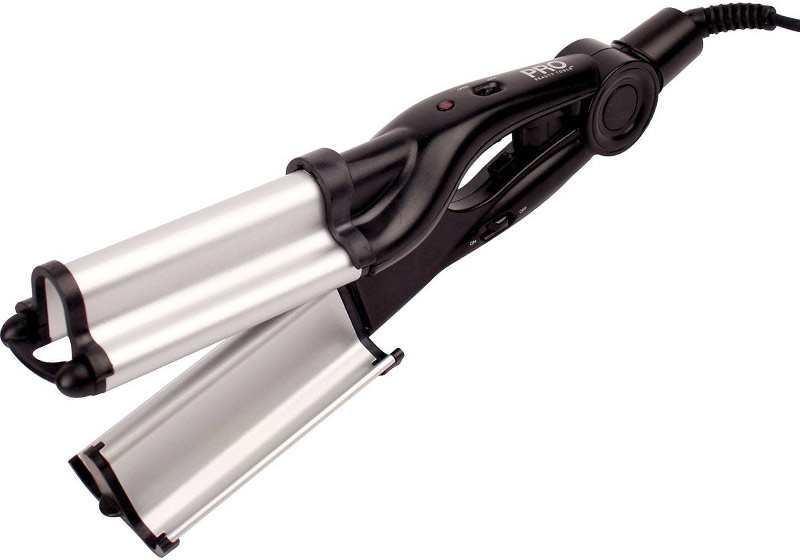 Enticed by the Price

I have never had a device from Pro Beauty Tools, but the price of the Pro Beauty Tools Professional Speed Waver has me considering the option of picking one up. Less than $15 for an iron of any kind is alright by me!
Let’s face it there aren’t many places you can get lunch for that amount of money let alone a brand new hair tool that will help you add some snazzy waves.

Wavers look like something that is very hard to explain. Basically, they’re like flat irons with a ripple. They deliberately put a line onto your head that looks kind of like a stretched out “W” (if you only do it in one spot). Obviously doing that would be really weird. When you’re done with the first section of hair, it often looks really stiff and kind of strange, but after a few minutes in that style, the sections loosen some and they really start to look like relaxed waves.

Perks as Good as Flat Irons

Since flat irons are what I know, one of the things I like most about this one is the plates and perks are very similar. It heats up to 430F which is one of the highest options for temperature in straightening tools. You don’t need to use it at that level, but it’s available.

The waver also has ceramic plates that I just LOVE on my flat iron. I’m a major fan of these beasts. They keep my hair the way I left it that morning which means a lot when you’re trying to keep a certain ‘do for a while.

While this has all the bells and whistles a lot of people want, it’s not all straightforward. It does a really good job of putting waves in hair, but it can also burn the hair and sap it of its moisture at the same time. I’ve never heard of dry, damaged hair that looks good, but somehow this iron manages to beat hair up while still offering a really good style.

Not for All Places

This is not a dual voltage machine, so if you travel around the world you won’t be able to use it everywhere. For the price however, I think it’s a bit much to expect a perk that doesn’t always appear on more expensive models.

Irons get hot. They are supposed to get hot. It’s literally what they’re made for. Since there have been complaints about this waver not being very good in terms of “non-transferable” heat, I doubt it’s the one for me. For those of you who already know, apologies for mentioning it again and for those of you who don’t I am THE clumsiest person in the world. For that reason I don’t think I could be trusted with this particular hair tool.

That being said the price is still right, so if you’re looking for a waver you only intend to use on the odd occasion, this might still work.

I may not be the most technical minded person when it comes to curling irons, but I have tried and researched enough irons to call myself an expert in usability.

Until now, the lack of personal experience and honest reviews is what always bothered me when looking for a new iron. So, I decided to fill the gap myself.
I hope you will find all the information you need, and if I can help you save a penny or two, I will.
That's Foxy!